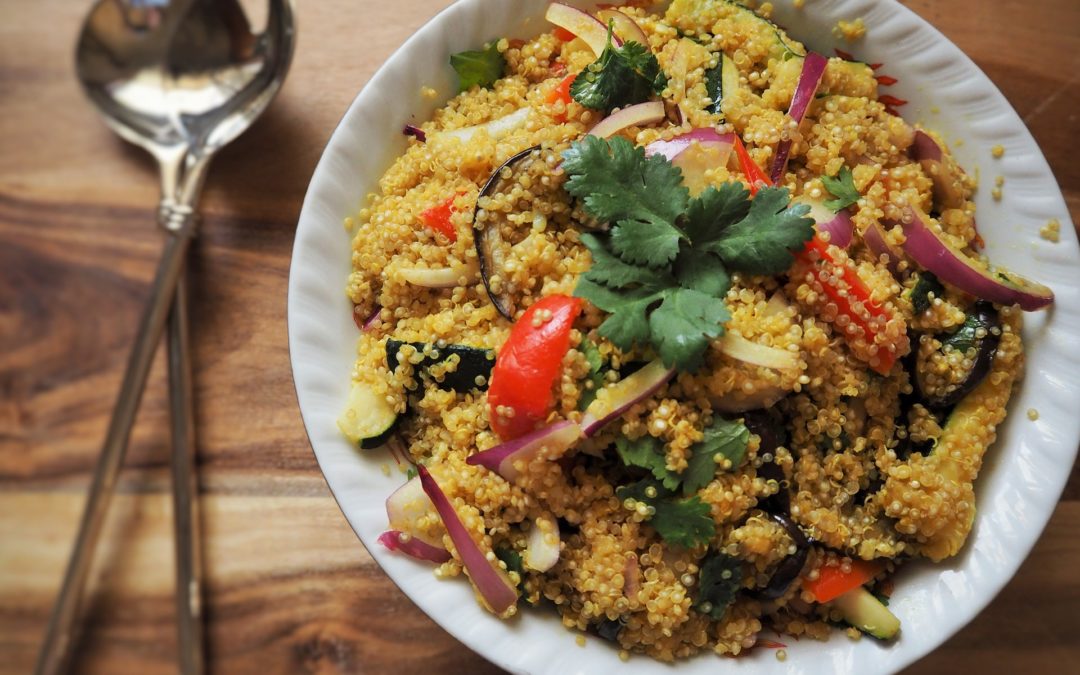 Lebanese food is bursting with fresh ingredients, delicious mezze appetizers, rich tastes, vivid colors, and spices. But the best feature of this Middle Eastern cuisine is its hospitality. Lebanese foods are meant to be shared with friends, family, and even strangers.

Lamb is the most commonly used meat variety and it appears in many dishes like kafta, but chicken and beef are also found in many recipes. Additions like lemon juice, garlic, and olive oil are a must if you want to recreate the flavors that make Lebanese food so unique and special. Fresh vegetables also find their way into dishes like tabbouleh and fattoush, making Lebanese food one of the healthiest on the planet. 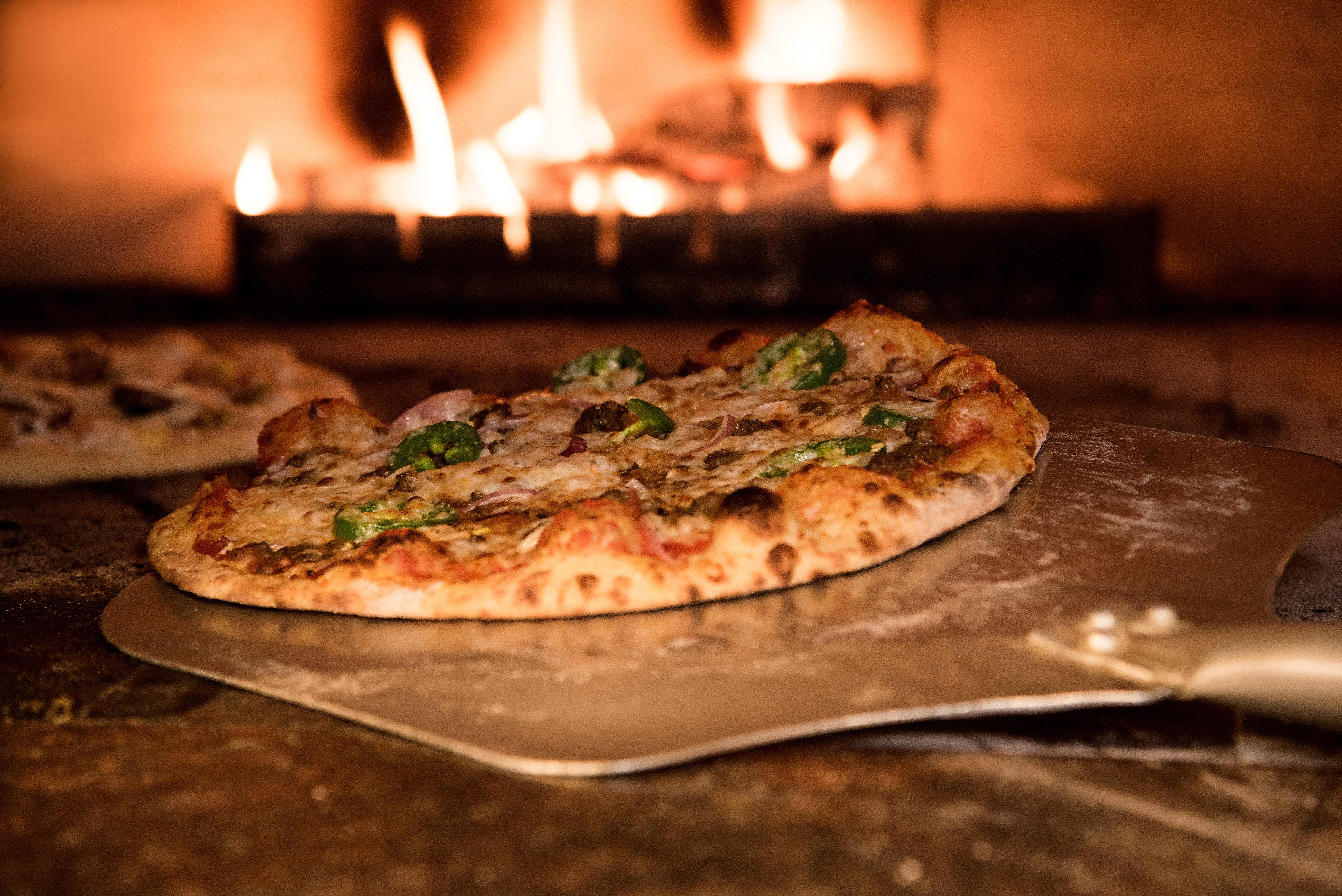 Sfeeha or Sfiha is pie-like Lebanese food (a similar dish is Turkish pide). The traditional version was made with ground mutton, whereas modern versions usually call for beef or lamb. Other toppings include cheese, vegetables, and curd. Also, sfeehas used to be wrapped pies, whereas today they are round, open-face pies or folded into triangles.

Laban is a cool and creamy yogurt sauce consisting of yogurt, mint, garlic, and lemon juice. It is a perfect addition to grilled meat dishes, fish like salmon, dolma, sfeeha pies, or tabbouleh. Absolutely refreshing!

Kafta is a meatloaf or meatball dish found in Middle Eastern, South Asian, Central Asian, and Balkan countries. The simplest form of kafta is made with ground or minced meat (chicken, beef, lamb, or pork) plus onions and spices. In Lebanon, it is usually made with ground beef onion, allspice, black pepper, parsley, and salt.

Kusa are zucchini stuffed with a mixture of meat and rice, commonly seasoned with garlic and dried mint. Tip: The best zucchini type for this Lebanese food is the Lebanese zucchini which is smaller and light-green in color. The recipe is easy to be turned vegetarian by simply replacing the commonly used beef with chickpeas.

Lebanon and Israel are having a long-term quarrel about who invented this popular food. Currently, Lebanon holds the Guinness Record for the largest dish of hummus in the world. The dish was prepared by 300 cooks and weighed over 10,000 kg. It was made using the usual ingredients – boiled chickpeas, tahini butter, olive oil, and lemon juice.

Ordinary potato salad gets an exotic twist with the addition of tangy lemon vinaigrette and fresh mint. It is quick, easy, vegan, dairy-free, and perfect for hot summer nights. (The name ‘Leposa’ in this recipe is coined using the first two letters of each word in ‘Lebanese Potato Salad’!)

Hushwee is a staple Lebanese food, simple yet full of flavors. It is composed of ground meat cooked in ghee, complemented with toasted pine nuts and cinnamon. This mixture can be used for sfeeha pies, eggplant mousakas, or for stuffing veggies (dolma). It can be also combined with baked or mashed potatoes or pita bread. Bonus for all those following special diets – this Lebanese food is paleo and gluten-free!

Fattoush is a salad composed of pieces of toasted or fried flatbread and vegetables (mostly greens, tomatoes, and radishes), plus herbs to taste. One of the special features of this Lebanese food is that the veggies are cut in quite large pieces. However, the two ingredients that give fattoush its special, sour flavor are staghorn sumac and purslane. The former is red berries, usually sold ground, whereas the latter is a green with a tangy, lemony flavor.

Tabbouleh is a salad/dish consisting of bulgur and finely chopped veggies, most commonly tomatoes and onion, seasoned with olive oil, lemon juice, parsley, mint, and salt. In Lebanon, it is made with more parsley, sometimes replacing bulgur with quinoa, and served as mezze.

Mujaddara is a dish made with cooked brown lentils and rice, and garnished with caramelized onions. In Lebanon, there are two versions of this dish – mujaddara, which is a puréed version with a consistency similar to rice pudding, and mudardara, made with whole lentils and rice. Both versions are often served with Laban.

Also called ‘Shish taouk’, this Lebanese food is traditionally made with marinated chicken. It can be served in two different ways, depending on the country and region – on a platter, along with veggies, French fries, and/or rice, or as a sandwich in many Levantine countries. The former version in Lebanon is commonly accompanied by a garlic paste sauce called toum, tabbouleh, and/or hummus. The latter version comes in a flatbread and is combined with tomatoes, lettuce, and pickled turnips.

Hummus is not the only amazing dip/spread coming from the Levantine countries. Toum (which translates as “garlic”) is a sauce composed of garlic, olive oil or vegetable oil, lemon juice, and salt, all traditionally crushed together in a wooden mortar with a pestle (one of the Lebanese versions also calls for mint). Toum is usually used as a dip, especially with chicken dishes and sandwiches.