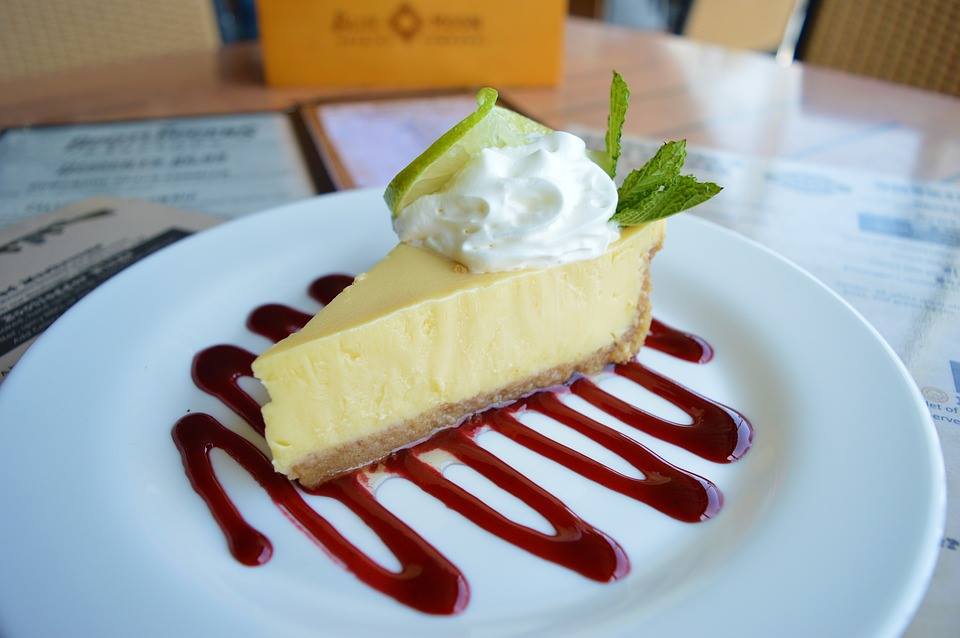 Key lime pie can be a nice twist on holiday desserts. It’s just a little different than the standard pies of the season, which usually include pecan, apple, chocolate, and in some cases pumpkin (for those of us who can’t quite get enough over Thanksgiving!). Opting instead for a fruit-based, tangy pie that feels light and fun rather than rich and hearty just provides one more dessert option and offers some nice contrast.

That said, however, the idea doesn’t have to revolve around a traditional key lime pie, as delicious as they may be. Here are a few ideas for alternative key lime pies that might serve you perfectly this holiday season.

The thing that might first jump out about the idea of key lime pie with raspberry sauce is that it combines the colors of the season. Granted, key lime pie doesn’t really come out green – but particularly if you garnish with a small slice of lime, a little bit of raspberry sauce as an artistic drizzle on top can certainly give the dessert a festive appearance.

For that matter, if you really want to go above and beyond, you can use some coloring to make the pie filling turn out green – and between the green pie, a cream topping, and a raspberry drizzle, it will become one of those dishes that’s almost too picture-perfect to eat!

Beyond appearance, raspberry sauce tends to go with most desserts, when you think about it. It goes with sugar cookies, chocolate and vanilla, ice cream, and most anything else (okay, maybe not the pumpkin pie). Key lime pie is certainly no exception, and raspberry sauce can be fairly easy to put together even with the busy nature of holiday meal preparation. We took a look at a recipe posted by Wicked Good Kitchen, and with just a 35 minute total prep time, it’s one to think about.

Thanks in part to children and video games, a lot of bakers don’t take cherries very seriously. Kids devour pickled cherries (which are basically just little sugar vessels) and, now, slice them to pieces along with other fruits in mobile games like Fruit Ninja. Adults even think of cherries with a playful touch thanks to the age-old idea of cherry simples on slot reels and the like.

And these aren’t just symbols on classic reels; “fruit slots” have become common themes in more modern games as well, with one even describing itself as a “fruity fever wheel.”  It’s for these reasons that cherries just don’t seem like real ingredients, and a cherry pie can seem almost childish.

Here’s the thing though: letting go of those notions can lead to a heck of a dessert! And, as with raspberry sauce, it adds that holiday coloring you’d love to see! Because cherry and lime are actually a fairly common combination, you can find plenty of recipes for this dessert. But mostly we’d recommend making a classic key lime pie and a sort of cherry zest to spread on top of it like a thin icing.

This is, of course, a subjective notion, but it’s hard to think of a better sweet pairing for key lime pie than white chocolate. Some would argue (correctly as far as we’re concerned) that white chocolate is actually a little sweeter and more decadent than most ordinary chocolate, and it’s because of this that it’s such a nice contrast to the tangy key lime flavor.

It can also be done in a number of different ways. You can combine white chocolate flavoring with the actual pie filling; you can create a white chocolate topping for the surface of the pie; or you can also make a sort of white chocolate syrup to apply as a drizzle (you could even crisscross it with the raspberry topping mentioned earlier).

To make everything at once, you only need to blend together melted white chocolate (which you can do simply by melting bars on your stovetop) with the ingredients you’re already using for the key lime pie. The consistency can become a little bit creamier than a typical key lime pie, but once you refrigerate the finished product for a few hours, it should hold together nicely, and it will provide a very interesting (and delicious) flavor. It’s a nice holiday twist simply in that it brings some of the sweetness typical of the season back into the pie!

As a last item, we’d remind everyone that sometimes the best dessert alternatives aren’t actually desserts – at least not in the traditional sense. For example, these days a lot of people are turning to individualized mini-desserts, making cupcakes instead of cakes, or serving tarts instead of whole pies. Even these, however, are effectively the same thing. For a final twist on key lime pie that’s perfect as a treat after a holiday meal, we turn to one of the most versatile cocktails on the planet: the martini.

Described as a “candy ‘tini that tastes like key lime pie” the key lime martini is something you might never stop making for special occasions after you try it once. All you need to make it is vanilla vodka, Coco Lopez, a dash of pineapple juice (or lime juice if you don’t mind it a little sour), and cream – plus some graham cracker crumbs around the rim if you like. It’s a wonderful treat – plus it comes out kind of green, which is always nice on Christmas!