All About Everyone’s Favorite Spread – The Odds and Ends of Hummus, Cause We All Love It! 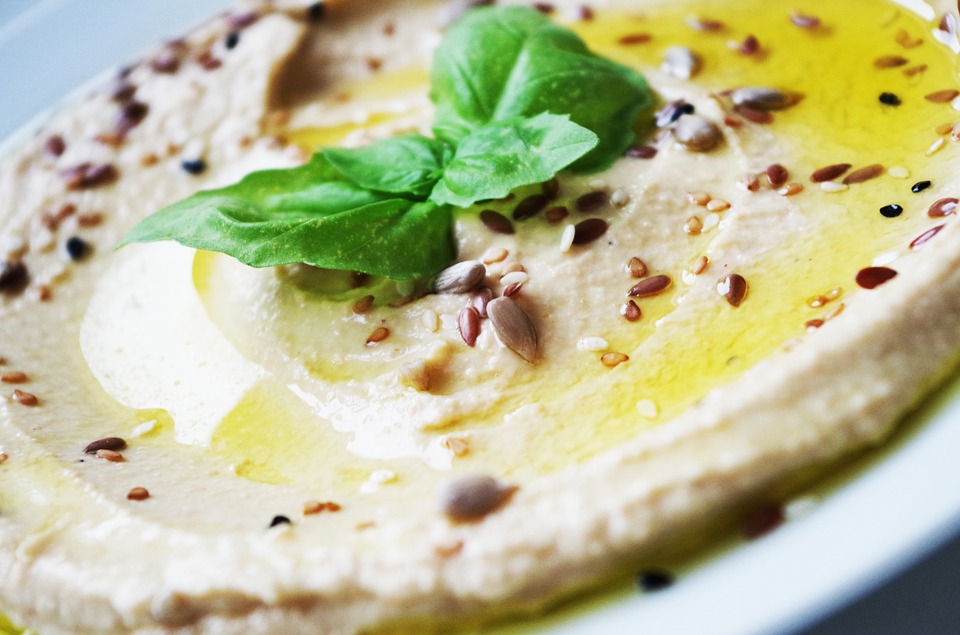 If Lady Gaga says she’s obsessed with a certain food, we have to take her word for it. The singer has revealed that she loves the creamy chickpea paste and eats it almost every day when she’s on tour. This was enough for us to get in the kitchen, experiment with different hummus recipes, and start exploring all things connected to it, from hummus wipes to hummus wraps! Final verdict: the pop star is right, hummus is an obsession-worthy ingredient.

This Levantine spread/dip is made primarily of cooked and mashed chickpeas, also known as garbanzo beans, combined with tahini (sesame seed paste), lemon juice, olive oil, garlic, and salt. The word ‘hummus’ is an Arabic means “chickpea” (the complete name in Arabic is ḥummuṣ bi ṭaḥīna which means “chickpeas with tahini”).

Traditionally, hummus is beige in color and usually served on a large plate, often drizzled with some olive oil, lemon juice, and herbs, then stuffed in a fresh pita and complemented with cucumber, tomato, and onion salad. Some recipes also call for falafel in the serving combination. Optionally, this tasty paste can be served as an appetizer in a mezze-style or as a dip for vegetables on parties. 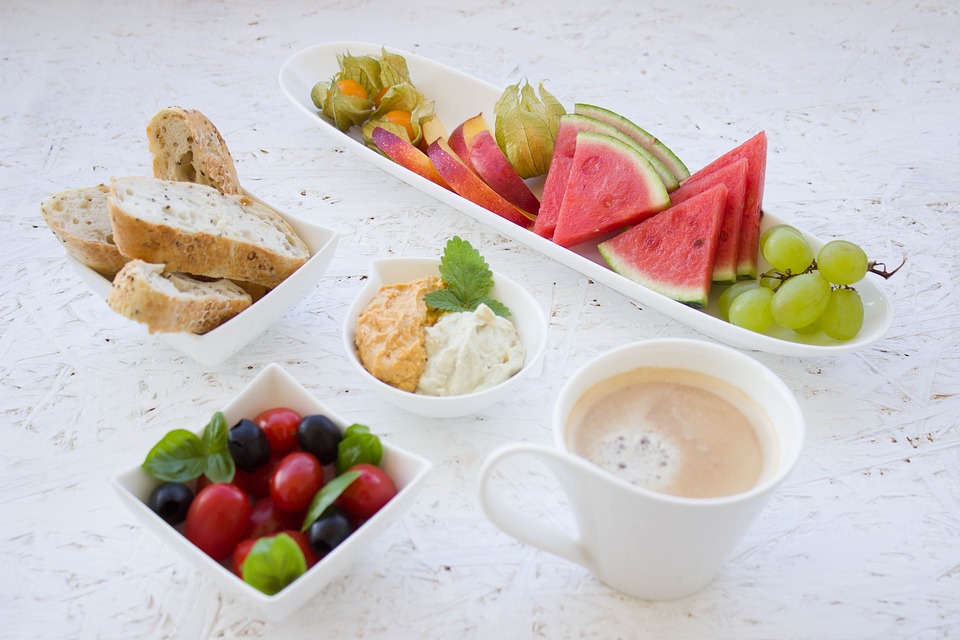 In Israel, however, hummus has been promoted to a main dish. The expression ‘hummus wipe’ also comes from this country. The Israeli always start the ritual of eating hummus with the phrase “Let’s go wipe some hummus.” Hummus wipe may also refer to the way in which hummus is eaten (yes, there is a right and a wrong way of consuming this creamy delight). This means that you must never ever use a knife and fork but wipe the hummus off the plate with pieces of pita (shaped like canoes).

Hummus is gradually becoming one of the Middle-Eats most successfully exported cultural-products, mostly as a result of tourists who tasted it while in the region and spread the word.

In fact, if two decades ago people in the US were unable to pronounce the word ‘hummus’, today it is found on the shelves of almost every supermarket and grocery store.

Numbers say that the sales of hummus have quadrupled over the past ten years, threatening to end the domination of guacamole and salsa as America’s two favorite dips!

This rise was accompanied by an increased production of chickpeas in the States – from 25 million pounds in 2009, it has reached 100 million pounds during the recent years.

To support this claim with even more numbers, compared to twenty years ago when annual hummus sales in the States were $5 million, today they are estimated at a whopping $725 million! In other words, while in 2006 only 12% of the US households stocked up on the chickpea spread, today this number is doubled to 25%! 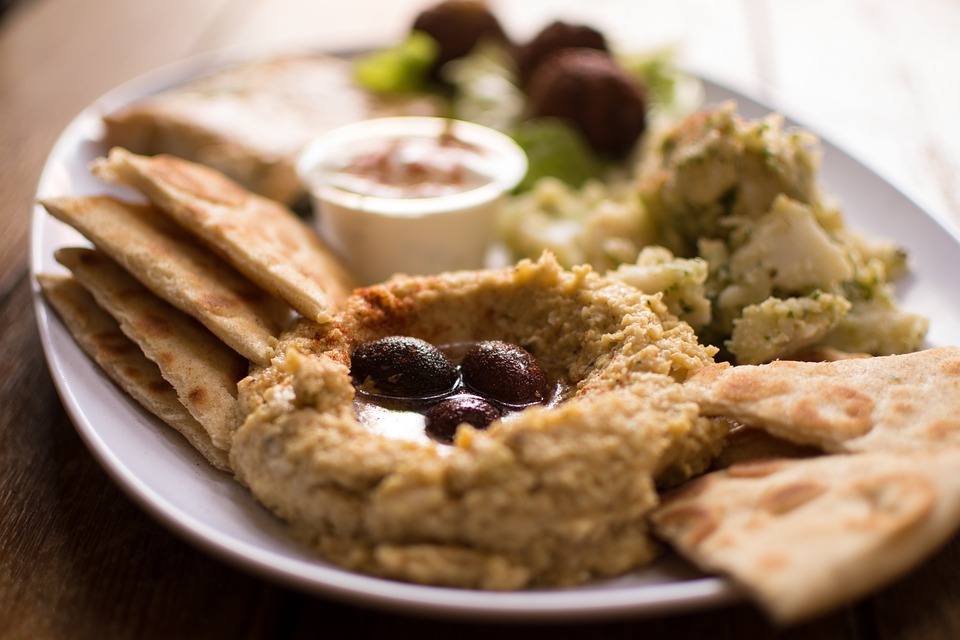 The History of Hummus

The earliest recorded hummus recipes originate from cookbooks written in Cairo, Egypt in the 13th century. The invention of this creamy spread is often attributed to Sultan Saladin, who was the first to combine all the basic hummus ingredients.

However, given the fact that the two main ingredients, chickpeas, and tahini, have been used in the Middle East and Easter Mediterranean for thousands of years, experts believe that hummus’ origins go way back.

Today, many regions and countries around the world claim to be the place of origin of hummus, including Greece, Turkey, Jordan, Egypt, Palestine, Syria, Israel, and Lebanon. The last two countries on the list are especially persistent in their efforts to prove historic ownership of this creamy delight, engaging in a competition of preparing the largest batch of hummus. Currently, Lebanon has the largest serving of hummus. It was made by 300 student chefs and served in 2010 in Beirut. The serving weighed 23,042 lbs. 12 oz. and was served on the new largest ceramic plate, which over 7m in diameter.

As far as we’re concerned, it doesn’t matter who invented it, the very fact that there are so many national and regional hummus varieties makes us jump with joy! The major difference between these different hummus recipes is in the amounts of tahini used. Some varieties include cumin, hot peppers, and/or Greek yogurt; others, like the Turkish recipe, use butter instead of olive oil. But if you keep reading, you will find out that hummus is a versatile spread offers endless flavoring possibilities! 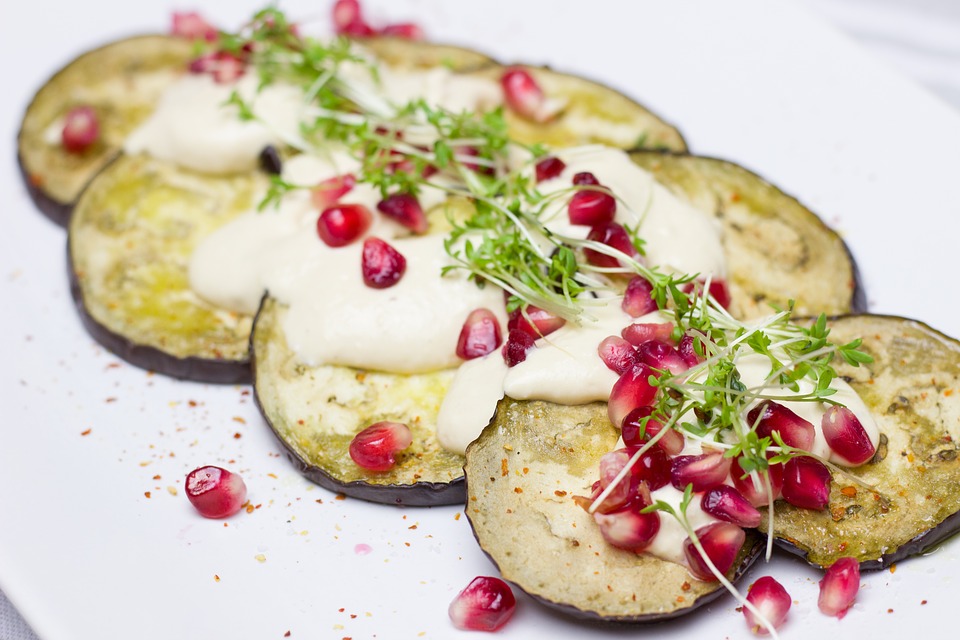 This beige-colored emulsion was further popularized by celebrity health promoters like Dr. Oz and the rising interest in the Mediterranean diet.

People are becoming more and more aware of how important food is to the overall well-being and they turn to healthier options. Nowadays, many modern Americans will choose a tasty and healthy spread like hummus over ranch dip, queso fresco, or mayonnaise.

Hummus is one of those rare foods that offer great taste backed up with amazing nutritive value. Here are the main health benefits of hummus: 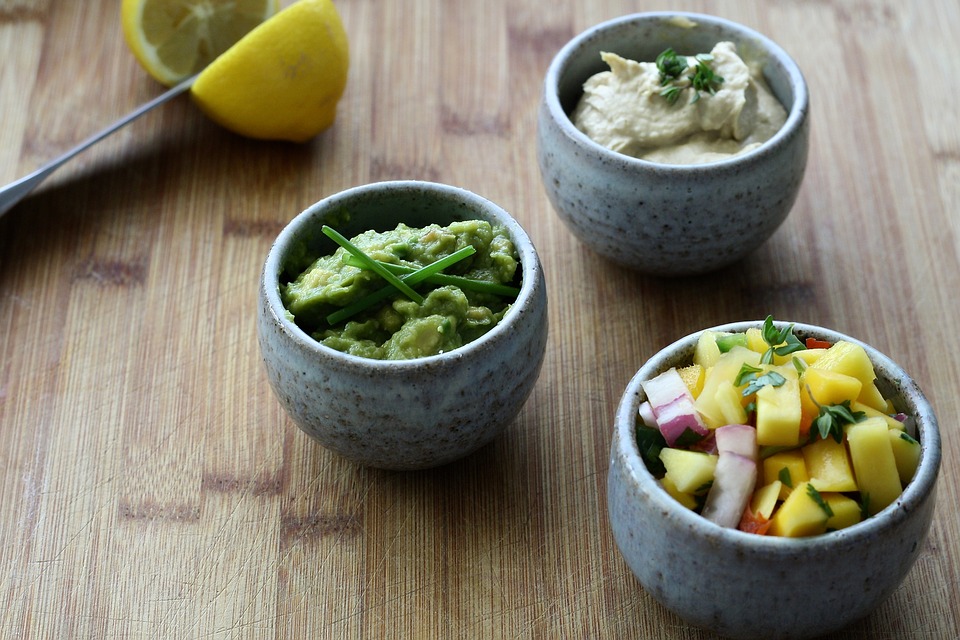 How to Make Traditional Hummus

Homemade hummus is much healthier and richer in taste than the store-bought varieties. You’re just a few steps away from the most delicious summer meal!

Step 1: You can use either raw or canned chickpeas for your homemade hummus recipe.

Raw chickpeas: Raw, dried chickpeas need to be soaked overnight to soften. At this point, adding a teaspoon of baking soda will contribute to an extra velvety final product.

After the legumes have soaked overnight, rinse them and place in a pot filled with water. Cook at a low temperature until they’re soft (for about 1-2 hours; they’re done when they start crumbling under your fingers). Skinless garbanzo beans will produce the silkiest paste but peeling them one by one is a laborious task. The addition of baking soda once again in this phase will help separate the skins easily.

Note: Save the water in which the chickpeas were soaked. This liquid is called ‘aquafaba’ and can be added to the food processor together with all the other ingredients to contribute perfect density and some more flavor!

Step 2: Place all ingredients in a blender or a food processor (including some aquafaba).

Note: Some recipes skip the olive oil altogether since tahini is fatty and flavorful enough. This, however, is a matter of personal preference.

Note 2: Having a great processing tool is crucial for obtaining a perfectly smooth and creamy emulsion. Food processors are a better option since they have bigger blades than blenders.

Step 3: Process the ingredients for about two minutes, until you obtain a smooth and uniform paste. Stop to scrape the sides of the food processor’s bowl from time to time.

Step 4: Adjust the taste and texture. Taste to see if you need to add more seasonings or, if the hummus is dry, olive oil, aquafaba and/or lemon juice. 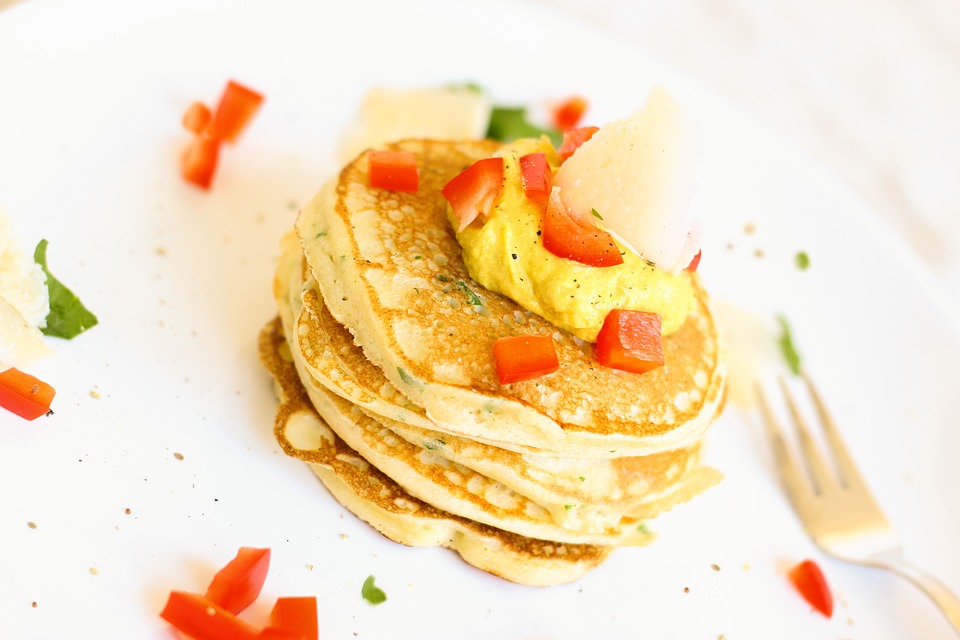 Just when you thought hummus can’t get any better, you realize that there are countless hummus varieties! This creamy dip gives you an opportunity to get creative and make it different every time. You can add practically everything you have in the fridge: spices, herbs, tired veggies to make it even healthier and more flavorful. Here are just a few suggestions to tickle your imagination:

How to Consume Hummus

Hummus will keep for up to a week in a sealed container in the fridge. Note: the smear tends to thicken when stored, so you might need to add some more aquafaba or olive oil before each consumption.

Transfer your hummus mixture into a bowl and serve it as a dip, along with raw vegetables or, make the best combination ever – hummus and chips. When we say hummus and chips, we refer to pita chips. And since this is one of our favorite game night and movie night snacks, here is how to make it:

Step 1: Preheat the oven to 425 degrees F. Line a rimmed baking sheet with parchment paper and brush it with some olive oil.

Step 2: Take one pita bread with pockets or two without pockets. If your pitas have pockets, split them in half using a knife. If the pitas are without pockets, cut them into 8 wedges (like a pizza).

Step 3: Brush the wedges with oil on both sides, then season with at least salt (other spices and herbs are optional, feel free to use your imagination).

Step 4: Arrange the pita wedges on the baking sheet and bake for about 5 minutes. Remove from the oven, turn the pita chips over, then return and bake until crispy and golden-brown, for another 5 minutes (thinner pitas need lower temperatures and, hence, a bit longer baking time, about 7-8 minutes). 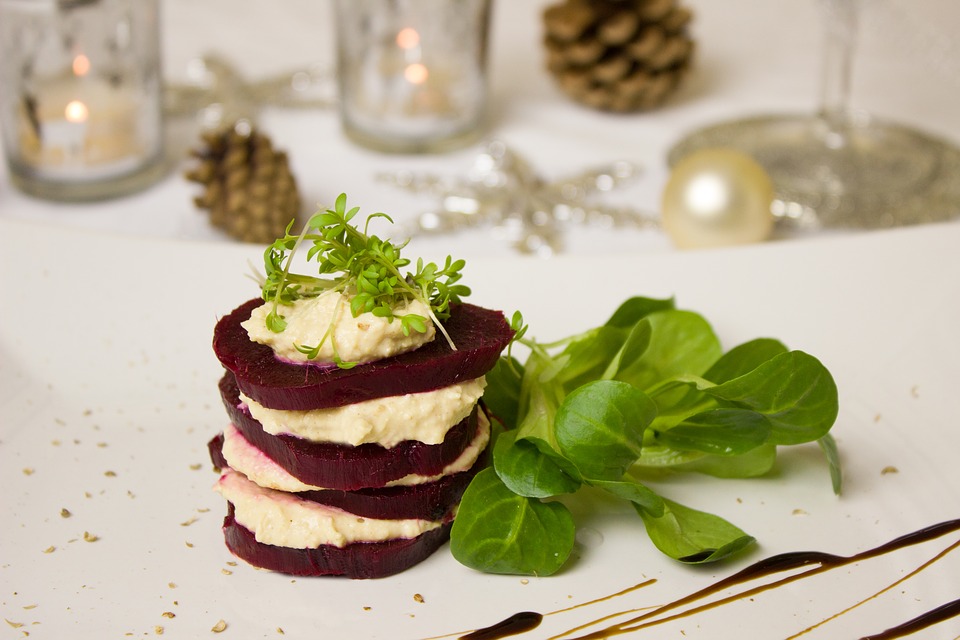 Smear it onto your sandwich or on a pita and make a hummus wrap, combining it with various vegetables, meats, or even seafood.

You can also add hummus on top of meats and fish before roasting to add extra flavor.

Article Name
All About Everyone’s Favorite Spread - The Odds and Ends of Hummus, Cause We All Love It!
Description
If Lady Gaga says she’s obsessed with a certain food, we have to take her word for it. The singer has revealed that she loves the creamy chickpea paste and eats it almost every day when she’s on tour.  This was enough for us to get in the kitchen, experiment with different hummus recipes, and start exploring all things connected to it, from hummus wipes to hummus wraps! Final verdict: the pop star is right, hummus is an obsession-worthy ingredient.
Author
Laura Bracket
Publisher Name
MyGreatRecipes
Publisher Logo