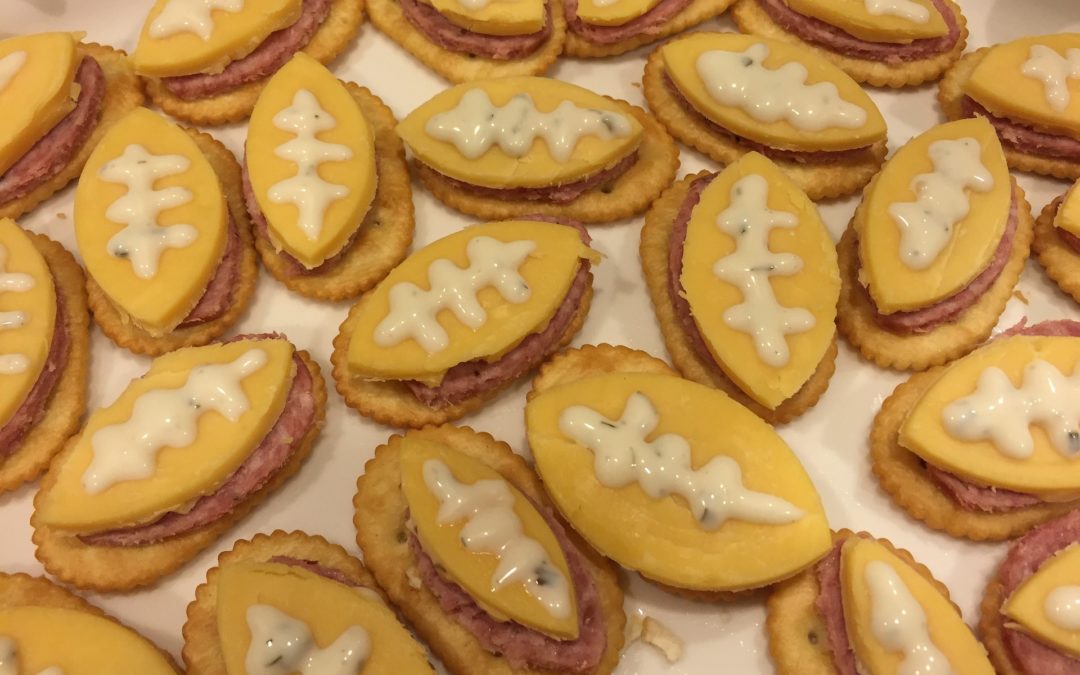 The Super Bowl Sunday is just around the corner and it has gained a reputation of a holiday. The fact that both football fans and those not so keen on sports are thrilled for the Big Game only goes to show how important the National Football League is to Americans.

And what is even more important? Well, one would say the good company and the positive vibes are what matter the most, but we say it’s OK to admit that it is the FOOD we love these gatherings for.

On the very top of our Game Night’s list of favorite foods is a snack food dish that has captivated people from all around the world ever since 1943. The year when Ignacio “Nacho” Anaya created the very first version that included corn tortillas topped with jalapeño peppers, and cheddar cheese.

The Ultimate Nachos Recipe is everything you ever wanted: crunchy, cheesy and slightly spicy. Not to mention that The Great American Recipes managed to pay homage to the very first Nacho recipe (with the corn chips, cheddar, and jalapeños) while still keeping the innovative spirit on, by improving it. 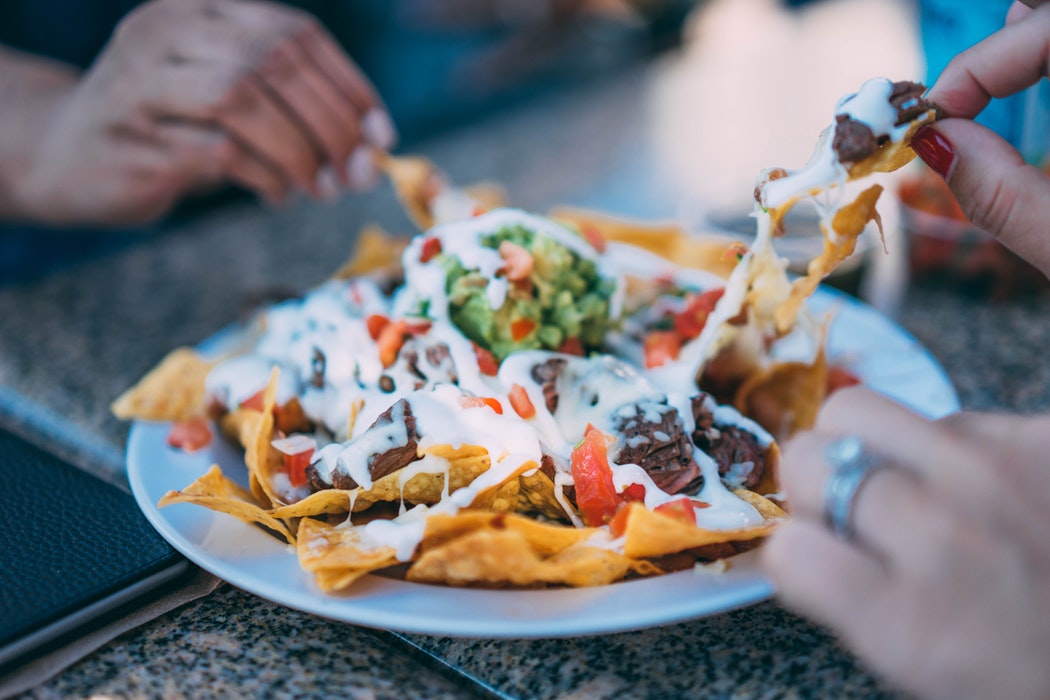 How did they manage to do this?

By simply adding a few more ingredients that are both inexpensive and give this snack a whole new dimension. It is amazing how much something as simple as half a pound of ground beef can do when it comes to recipes like this. Your nachos will easily turn from a snack dish to a proper meal dish, and a very tasty one, too.

Be careful with the layering of the chips and the ingredients, though, people tend to take nachos recipes lightly and then nag when they end up with stuck-together chips.

If you follow the step-by-step instructions, though, your nachos will be the best nachos anyone has ever tasted.

Serve these tasty nachos with some sour cream and a salsa sauce. We recommend trying the Peach Mango Salsa.

Since this February 5th the Atlanta Falcons and The New England Patriots will be the teams playing in the Super Bowl LI, why not get some colored restaurant style tortillas and put them on two separate plates.

Look at it this way: Even if your team doesn’t go home with The Vince Lombardi Trophy, at least you will have the title The Ultimate Nachos Master, so that’s ok.

Super Bowl and Food in Numbers

Nachos are not the only food that football fans love. Super Bowl Sunday ranks second in food consumption in the States, right after Thanksgiving.

The National Chicken Council reports that people across the country will consume more than 1.33 billion chicken wings while watching the game on Sunday, which is 2% more than last year. Chicken wings are by far the most devoured Super Bowl food. Four out of the five most ordered foods during 2016’s Super Bowl chicken wing varieties, namely:

In addition, they will drink a whopping 325.5 million gallons of cold and foamy beer.

The explanation for these insane numbers, at least partially, lies in – superstition. Besides holding on to their team’s lucky jersey, fiery football fans believe they help their team by ordering and eating ‘lucky foods’.

In Boston, the home of New England Patriots, the Indian spinach, and cheese dish called Saag paneer is considered the luckiest, whereas football fans in Atlanta, the hometown of the Falcons, place their hopes in chicken variations – chicken noodle soup and chicken salad. They also share their belief in Saag paneer with Bostoners, which ranked third in their city, according to the largest national online ordering database, Grubhub.

The other part of the answer to the question ‘Why Americans eat so much during Super Bowl?’ is… Well, Super Bowl is a major event and often a reason for throwing a party for family and friends.

No Super Bowl party would be complete without two things – football and food. The first part is planned and organized by the NFL, whereas the menu is up to you. And with so many fatty, flavored, delicious choices like the above-mentioned nachos, chicken wings, guacamole, pizzas, and sandwiches it is simply impossible to go wrong.

However, viewers seem to prefer certain foods over others. Knowing the ultimate Super Bowl Super Snacks will help you plan the perfect menu and the throw a party to remember. Here is a list of the 9 most popular Super Bowl foods besides nachos, which is ranked no.4.

What else would be number 1? Pizzerias work like crazy on Super Bowl Sunday, preparing for the busiest take-out day. To avoid the crowded pizza places and waiting for hours for delivery, make your own decadent version at home. I recommend the Tortilla Pepperoni Pizza.

This classic comfort food is favorite in three American states: Delaware, Minnesota, and Missouri. It’s no surprise, given the fact that chili can be adjusted to anyone’s taste – from vegetarian to protein-packed variations.

We have already mentioned how popular chicken wings are on Super Bowl day. This food is favored in Nebraska and Washington. Why wouldn’t it be? Juicy, crunchy, and very easy to make, chicken wings can be prepared in countless varieties, from classic Buffalo to exotic fruity and sticky.

The classic Buffalo chicken dip is most popular in Virginia and Wisconsin. Tennessee is a fan of the Buffalo Chicken Appetizers, whereas Utah and South Dakota like chicken casseroles. 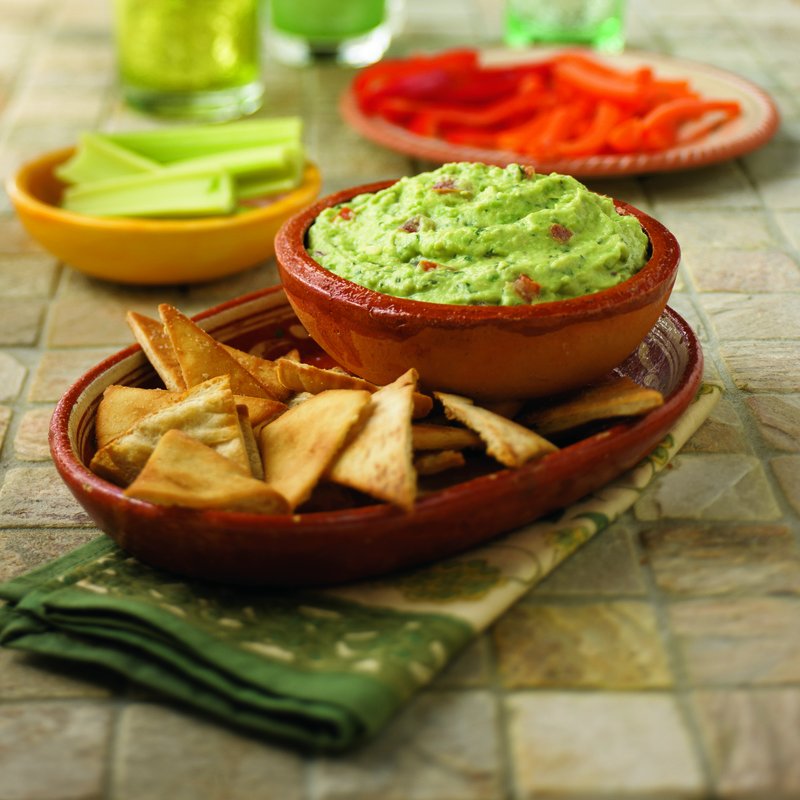 Actually, nachos is number four on the list of most beloved Super Bowl foods, but since it was talked about elaborately earlier, here we will suggest preparing the most popular Super Bowl food in Ohio – Pulled Pork Pita Nachos combined with guacamole. This creamy, fresh Mexican dip is the reason why football fans will consume millions of avocados on Sunday. 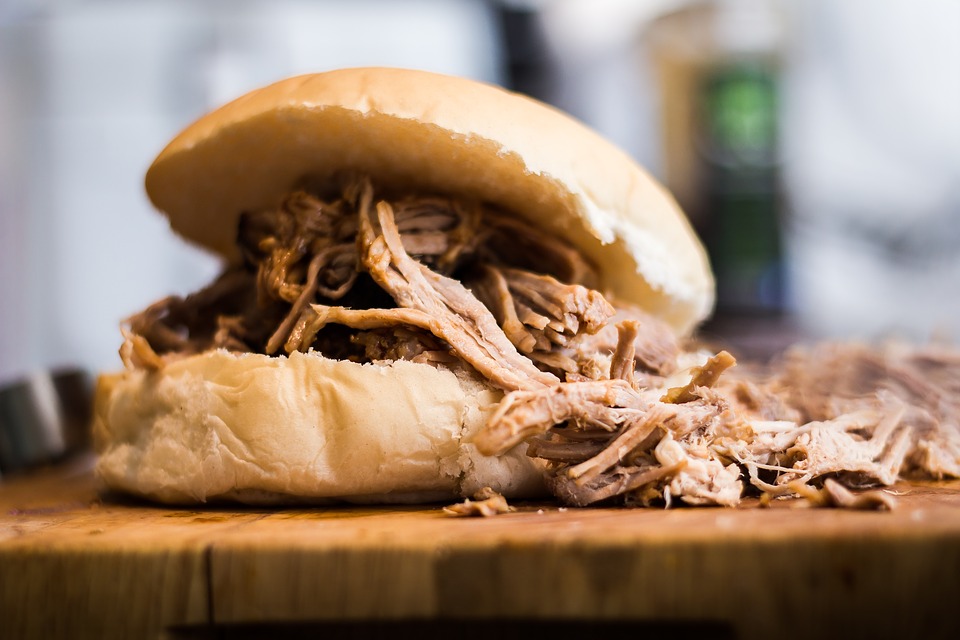 Besides in Ohio, pulled pork is also the most popular Super Bowl food in Indiana. In addition to representing one of the American cuisine staples, barbecue meat, pulled pork sandwiches are very easy to prepare at home and flavor up to your taste. 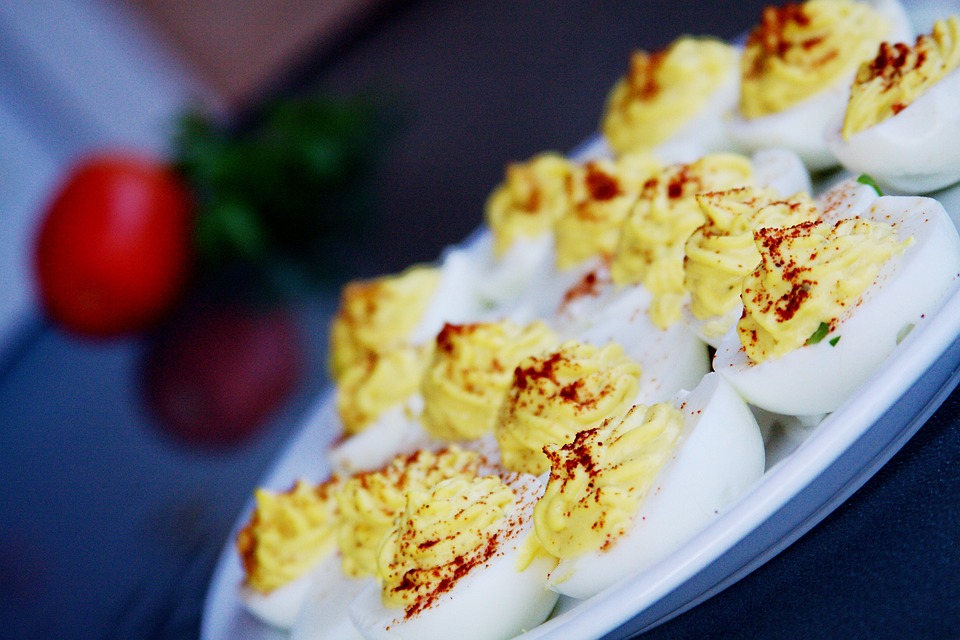 Devilishly easy and delightfully zesty, all you need to make these stuffed eggs is mustard, mayonnaise, and seasoning that consists of ranch dressing, green onions, and minced chili peppers.

Make sure you prepare this dish if your party involves kids. Made with a hot dog rolled into a crescent dough, these miniature favorites are one of the easiest recipes to prepare –  roll up a hot dog in a store-bought dough, place into the oven, and dip in mustard or ketchup. If you have leftover pigs, put them in your kids’ lunch box on Monday.

These creamy and spicy poppers are loved in New Mexico, New York, and North Dakota. Deep-fried jalapeño poppers will take some time to be prepared, but once they are done, your eyes will pop open with delight. And they will be gone in no time.

This easy and simple dish unites all the ingredients that football fans love: bacon, melty cheese, and sour cream, complemented with rich and zesty seasonings.

Although we favor the Ultimate Nachos, all of the above-mentioned recipes (check out the video) are more than suitable to make the Game night unforgettable.